How to Breathe Yourself Out of an Argument 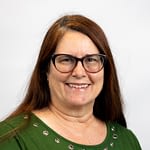 An argument can get heated, and sometimes pretty quickly. What began as a slight disagreement can become a raging argument in the blink of an eye. When this happens, and tempers flare, true communication is lost. Feelings get hurt, and in some cases, relationships are ruined. It doesn’t have to be that way.

While it’s okay to have emotions, we are emotional beings, after all, there are times when you don’t want to let your emotions get the best of you. And while you may argue with emotion, during a heated discussion, you may not want your emotions to control you.

Start with a Deep Breath

It may seem obvious, but of course, deep breathing is the first step. This is a great way to breathe your way out of a stressful situation. By focusing on your breath during a heated argument, you can take a step back from the emotions flying around and remain calm. This will also allow you to center yourself and collect your thoughts and look at the situation from a calmer point of view.

Close your eyes and focus on your breath. Breathing purposefully will take you out of a tense situation. Many people use breathing to control panic attacks and anxiety, so it’s no surprise that you can use breathing to manage your emotions during an argument. Mindful breathing is a technique used to keep you centered in your mind so that your emotions don’t get the best of you.

Just as our breath can control our emotions, so can our voices. My mom used to have a cell phone before I moved her to a smartphone, that got the worst reception, and every time we spoke, I had yell into the phone. After the call, I always felt like we’d had an argument. Keeping control of your voice as you breathe can help deescalate an argument. It will force you to think about what you are saying and how you’re feeling, rather than letting your emotions control your voice.

Take a Step Back

When the argument just seems to be going on and no with no end in sight, it may be time to take a step back. Even when we do our best to control our emotions, we can get carried away. If you feel like your emotions are getting out of control, take a break, and collect your thoughts. It doesn’t have to be flight or fight. You can table the argument while both parties de-stress. You don’t have to resolve everything in one argument.

Controlling your emotions during an argument will not only make you seem rational and knowledgeable, but it will also help keep the argument from getting out of hand. Because let’s face it, there will be arguments that you can’t avoid. Follow these steps to breathe yourself out of an argument.

If you are at risk for heart disease or have chronic high blood pressure, guided slow breathing practices may help. According to Harvard Medical School, many individuals find that deep breathing reduces blood pressure, lowers their heart rate, and helps them to feel more calm. We know that stress poses...

Over and over, we hear how breathing exercises can help us reduce anxiety, decrease stress, and remain calm. We may even know that there is science behind the phrase “take a breath." But how often do we try to find a breathing exercise only to get lost in a sea...

What’s Reverse Breathing and How to Start Practicing It [Video]

We’re often told to take a breath when we are stressed, excited, or need to relax. Turns out, there is science behind it. The many reasons to try breathing exercises include improving your digestion, overall wellness, mental health, falling asleep, and breathing through stressful situations. There are so many reasons...

How You Breathe Says a Lot about Your Health

Do you think about every breath you take? Probably not, since breathing is usually automatic, controlled subconsciously by the respiratory center at the base of the brain. You can focus on breathing mindfully, but once you stop, your breathing goes back to its normal rhythm without you thinking about it....