The evolving health of our brains and minds is the foundation of everything we do as humans. Nothing can occur without processing through the mind. Similarly, with nutrients we put into our bodies—whatever we ingest must first find its way through the digestive system.

The importance of the nervous system and digestive system is obvious, but the relationship between the two? It’s a little more subtle if you’re not observing it with intention. Is it possible that there is an interplay between the status of mental health and deficiency in diet? Let’s explore how the respective systems in the body interact.

If unaware of the association, it might be strange to consider that nutrition could have an impact on mental health. Commonly, most people know about the connection between their feelings and their cravings.

We’ve also seen that there is a link between struggling with mental feelings and digestion. It’s common to understand that negative or troublesome emotions might result in not feeling hungry, or upset stomach.

The Brain and Gut

These are likely everyday associations. However, the bridge between mental health and nutrition goes deeper. One clue we have is the functionality of the gut or digestive system as a whole. Beyond stomach aches and craving, the digestive system is an integral component of many operations in the body.

It is responsible for receiving, processing, and absorbing nutrients that serve as determinants. Based on what is introduced to the body dietarily, the gut will signal the brain to behave in particular ways. This happens through their immediate connection and communication channel—the brain-gut-axis.

It’s explained by one of the body’s largest nerves, otherwise known as the vagus nerve. It works alongside the millions of neurons in the central nervous system (CNS) and is responsible for sending signals from both ends.

Another way the gut and brain share a connection is through neurotransmitters. They are found within the brain as generally known. However, they are present in the millions of bacteria in the digestive tract as well.

Why Deficiencies Make a Difference

I can recall my first discussion with a therapist about the possibility that health or food supplements might improve my anxiety. Without a substantial background, the idea first struck me as odd. I had a hard time believing that a small fix such as taking magnesium or omega-3 could really do much for my messy, anxious feelings.

When referring to mental concerns, it’s typical to assume at least in part that adverse feelings have something to do with genetics or environmental factors. This is not untrue, and what’s more, it further supports the linkage between nutrition and mental functions, cognitively and emotionally.

If the gut detects that a nutrient or vitamin is lacking, it influences the brain. It will signal the brain to respond in ways that may result in decreased mental health.

The following are common nutrients along with their respective relations to functions pertaining to mental health.

Adequate levels of essential fatty acids are critical during infant stages to develop visual, cerebral, and intellectual capabilities. A deficiency in omega-3 or omega-6 may lead to increased feelings of depression and mood swings. Deficiency may also lead to accelerated aging of the brain. It also shares a link with dyslexia and autism.

Vitamin B-12 may aid in slowing the progression of mental orders like dementia. However, deficiency may lead to cognitive decline in general, and poor mood.

Folic acid enhances the effectiveness of certain antidepressants. The connection between folic acid and mental health is inconclusive in terms of which affects which. However, depression is a correlated symptom of deficiency.

Specifically relating to pregnancy, low levels of iodine relate to severe cerebral dysfunction and lack of clarity for the mother.

Depression, fatigue, and overall stress of cerebral function can occur from a deficiency in iron. Iron deficiency anemia can also link to apathy and rapid fatigue.

Lithium is long-associated with a slew of mental health conditions. Lack of lithium may result in mental illness and mood instability. Bipolar disorder, manic depression, suicide, schizophrenia, ADD, aggression, impulse control disorder, alcoholism, and eating disorders may all be treated with adequate levels of lithium.

A lack of selenium may lead to lowered mood and anxiety. It can also promote cognitive decline over time, resulting in the progression of related diseases like Alzheimer’s or dementia.

Low concentrations of zinc in the body relate to clinical depression and overall brain disease. Three major areas of the brain, the amygdala, hippocampus, and cerebral cortex depend on zinc to work properly.

Keep in mind that these are common deficiencies to watch for. Now that you understand the correlation between mental function and nutrition note that other deficiencies may also have an impact. While many of these nutrients are available in precise supplement form, they may also be taken in via healthy foods that are rich with their contents. If you experience any symptoms of mental health struggle, never hesitate to ask for assistance. Reach out to a loved one or mental health professional.

Amanda
GR8NESS Writer
Amanda is a GR8NESS contributing writer who lives in celebration of self care, and endeavors to approach all things with a student mentality. Her love for the study of self-development is rooted in fitness, holistic wellness, and skin care. She is an advocate for mental health; and hopes to connect others to their own way of daring to care.
Learn More
Related Articles 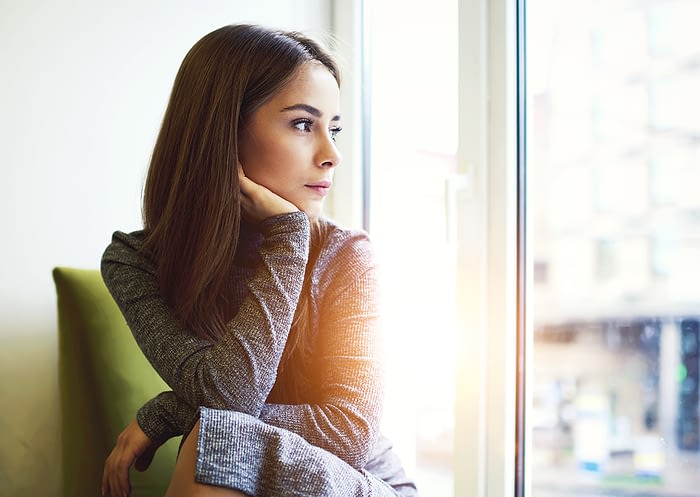 When the COVID-19 pandemic hit, we were forced into confinement like never before–carving out workspaces in our bedrooms or living rooms, homeschooling our children, and socially distancing from pretty much everyone. At that time, we were feeling confused and anxious about the "new normal," what it meant, how it was...

Turning Off the News May Benefit Your Mental Health

I've always considered myself a very in-the-know type of person. Every morning I wake up, check my e-mails, my social media feeds, and then I check out what the major news outlets are saying. I even have a paid subscription to several online newspapers. Six months ago I would have...