12 Documentaries & Books to Learn about US Race Relations

Recent protests are less about specific police-involved deaths, although they are certainly the catalyst, but more about 400 years of systemic racism and oppression. If you don’t experience it, it’s easy to think that racism doesn’t exist or that it’s a minor issue.

The recent unlawful deaths and protests tell a different story. They remind us that racism is still alive and well, and always has been. It may seem like a problem too big to solve, but there are some things as allies that we can do right now: educating ourselves about the lives of people of color, because it is up to all of us, as a society, to end racism.

Most people have heard of Jesse Owens and his victories at the Berlin Olympic Games, but most have not heard about the seventeen other black athletes who also competed. Olympic Pride, American Prejudice, tells their story. These athletes set out determined to make their country proud, even when their country didn’t accept them. The endured Jim Crow racism and defied Nazi Supremacist ideology. The documentary includes archival footage and interviews with current Olympic athletes.

This documentary has become so influential that Netflix released the entire movie on YouTube so that anyone who wanted to learn about the effects of the 13th Amendment and it’s effect on mass incarceration could do so for free. The documentary combines interviews with powerful politicians, changemakers, and archival footage to create a film that will stand the test of time. The movie won best documentary from the African-American Film Critics Association and was also nominated for an Oscar.

I Am Not Your Negro

Based on James Baldwin’s unfinished book “Remember This House” and narrated by Samuel L. Jackson, this documentary covers Baldwin’s telling of the civil rights movement and goes on to reflect on the current state of race relations. It includes archival footage of James Baldwin as he reflects on his relationships with Martin Luther King, Jr, Malcolm X, and Medgar Evers. It was nominated for an Oscar for Best Documentary.

Slavery by Another Name

In history class, we learned that slavery was over once the Emancipation Proclamation was signed, but Slavery by Another Name shows that is not how it went. Based on the Pulitzer-prize winning book by Wall Street Journalist Douglas A. Blackmon, the 90-minute documentary takes us back in time to demonstrate that although slavery began winding down in the South in 1865, law and labor practices effectively created a new type of slavery that lasted well into the 20th century. The film includes conversations with family members, highlighting that just because time has passed, these scars are still there.

King in the Wilderness

The Emmy-award winning historical documentary covers the last 18 months of Martin Luther King’s life. It highlights his role in the Voting Rights Act of 1965, his relationship with key political figures, and his assassination in 1968. The film includes interviews with friends and shows how King was more of a trailblazer than most people realize.

More than an icon of the Civil Rights movement, John Lewis is almost larger than life. The reason he is effective as a leader is because he’s lived it–both the violence he suffered and his commitment to non-violence. From standing by Dr. King’s side to becoming one of the country’s most respected legislators, his message to us all is to speak up, speak out, and make good trouble when we see injustice and unfairness in the world. His positivity and hopefulness for the future both inspires and fuels change.

These books on race give us a new way to think about race and new ways to talk about racism. Each examines the history of where we’ve been, ways to change, and hope for the future. No one thinks it will be easy, but it can be done.

How to Be an Antiracist 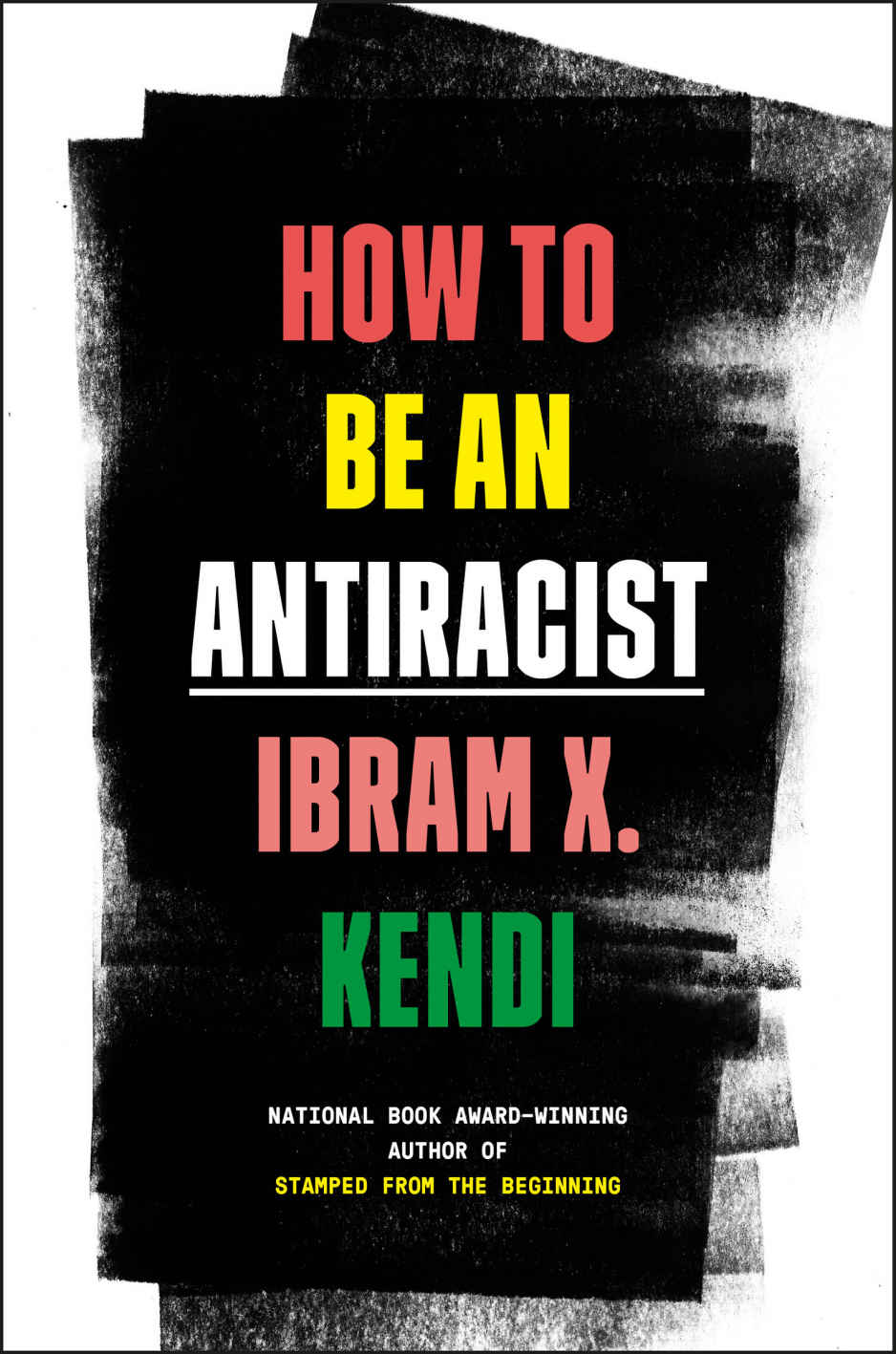 It is not enough to not be racist, but we must go the extra mile to be antiracist. What does this mean? Author Ibram X. Kendi explains why personally opposing racist behavior and policies and racism does not mean we should not actively fight against organizational structures that promote and maintain racist policies. He suggests it is our civic duty to be a part of the solution, not an onlooker to the problem.

The New Jim Crow: Mass Incarceration in the Age of Colorblindness 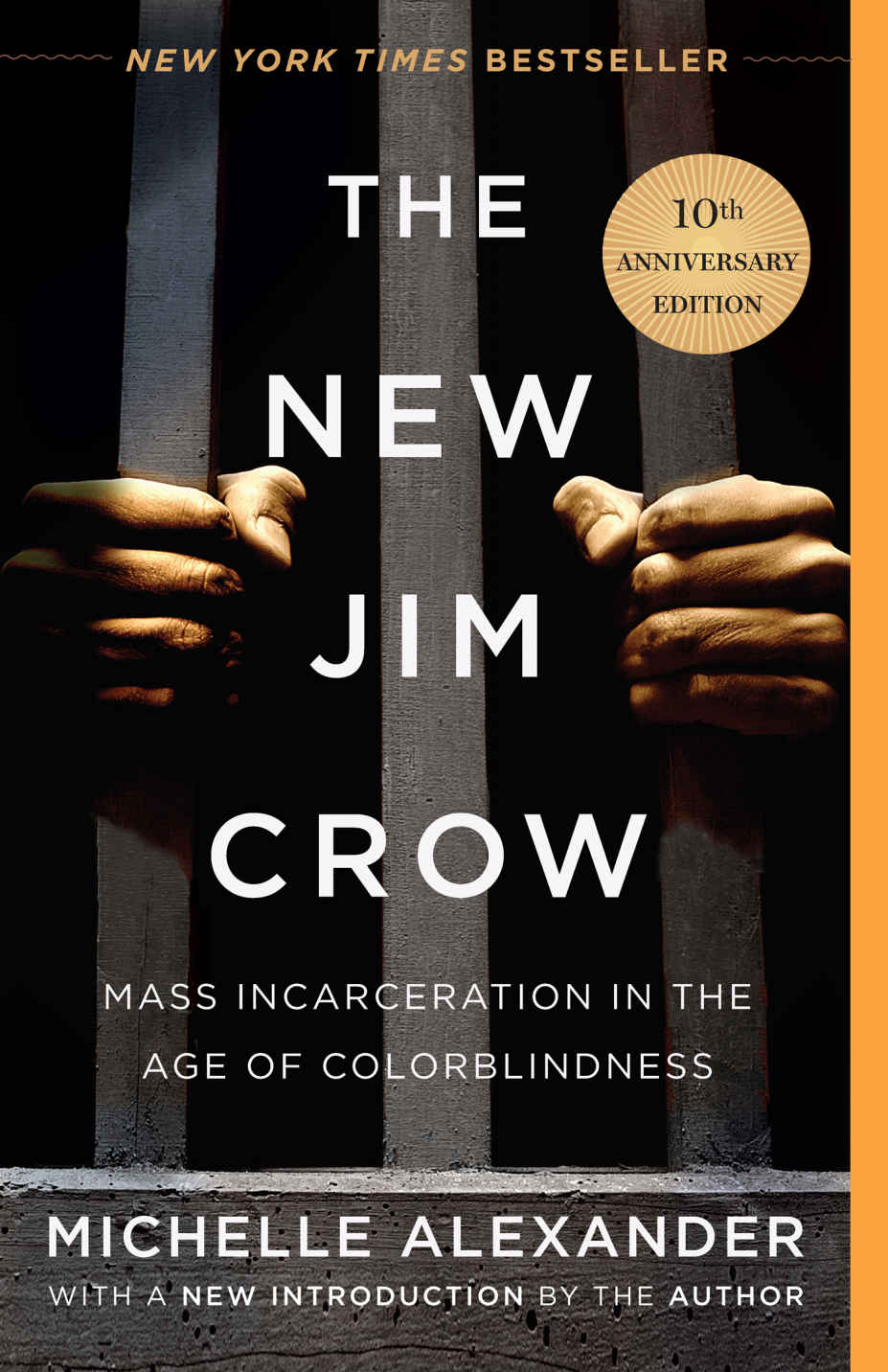 Author Michelle Alexander makes a compelling argument about the many ways racial hierarchy still rules American society. Her book is a hard but important read. She takes a close look at the racial discrimination in the justice system. She guides us through the myriad ways a system that is meant to protect them does the opposite, due to racist procedures and policies. Engaging and well-written, this book will shed new light on race in America.

White Rage: The Unspoken Truth of Our Racial Divide 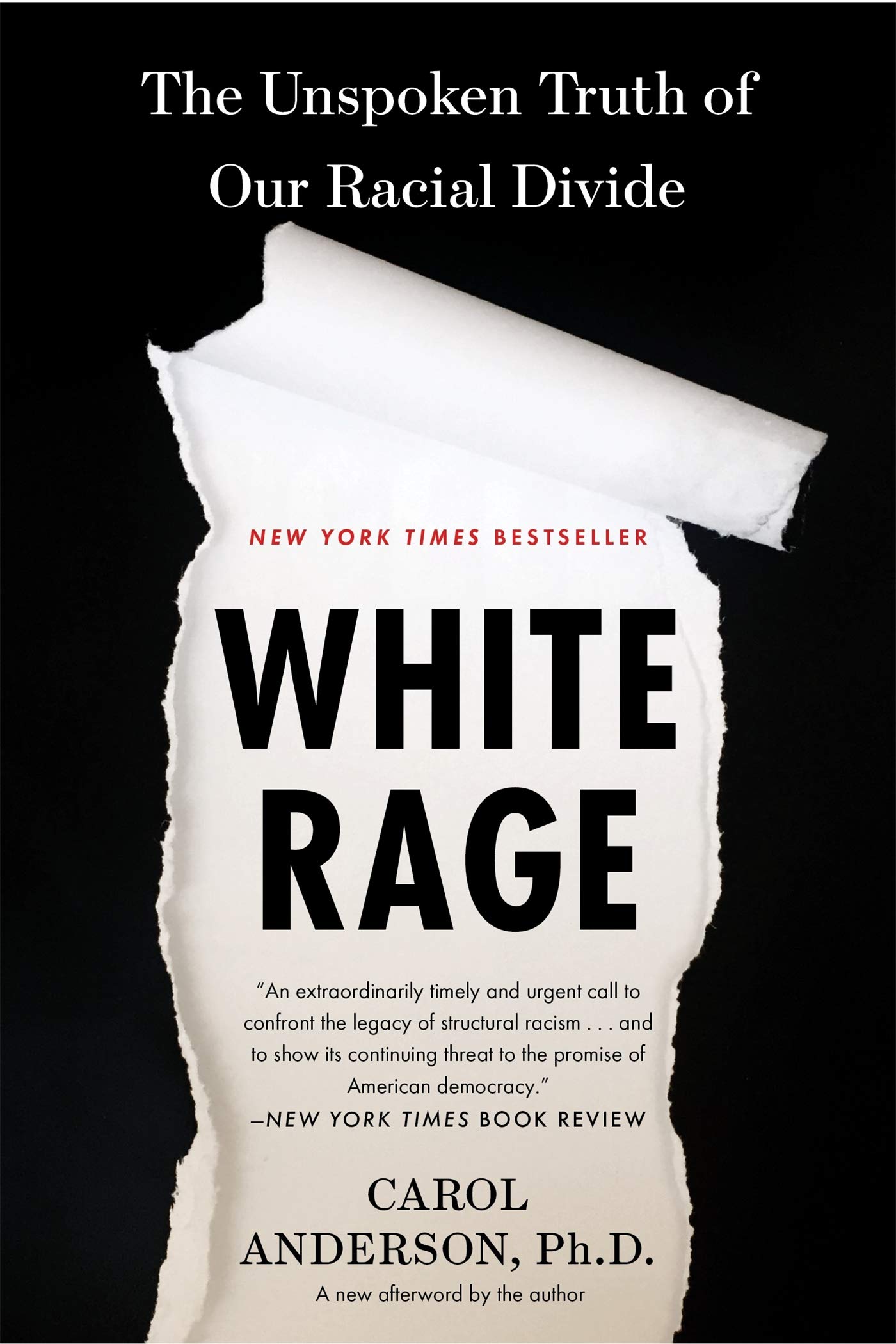 A compelling look at America’s troubled history of institutionalized and structural racism, White Rage examines white aggression and anger towards black America. Beginning with the passage of the 13th Amendment in 1865 and concluding with the election of the first African American president, and the events of Ferguson in 2014. It is not a light read, but well-written and well-researched by acclaimed historian Carol Anderson. She uses important moments in America’s history to tell an untold story around race and expose white America’s attempts at stopping or slowing progress in black America.

Between the World and Me 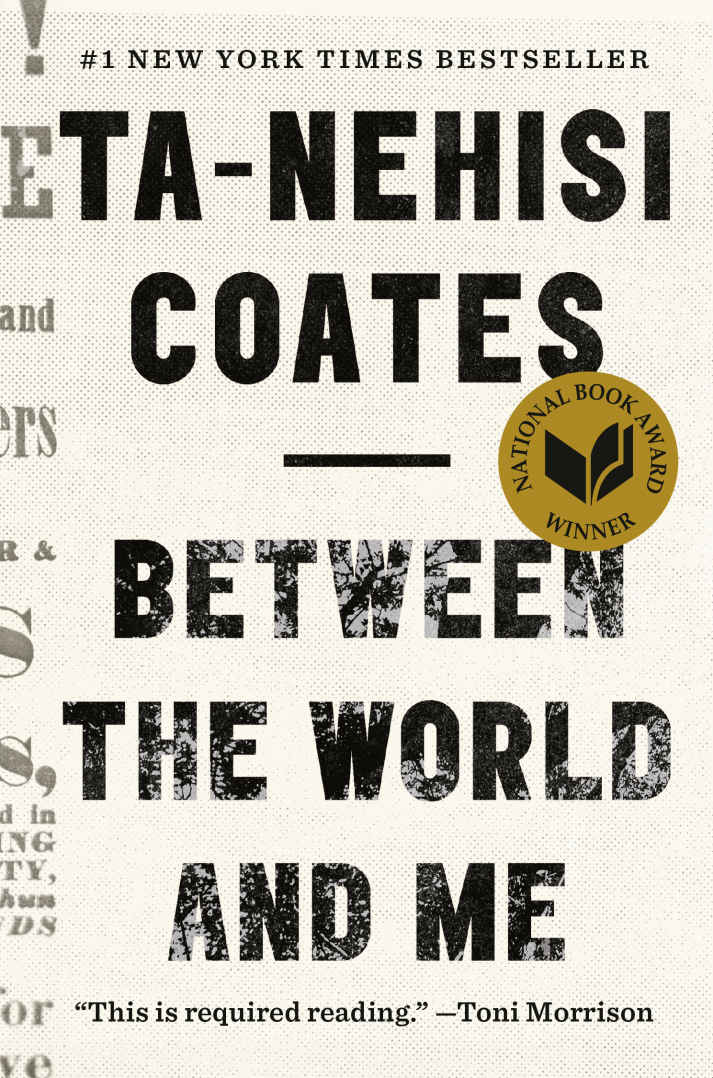 Written in the form of letters to his son, author Ta-Nahisi Coates grapples with some of the most difficult questions about history, identity, survival, and freedom facing black men and women. Coates is direct and insightful as he thoughtfully explores America’s troubled past and divisive present while trying to move into creating a brighter future.

White Fragility: Why It’s So Hard for White People to Talk About Racism

For many, racism is hard to talk about. This book gets to the heart of the matter. White fragility is what often makes racial conversations so difficult and achieving racial equity so hard. The book moves our national discussion forward as it gives us a road map to moving forward with hope for change. 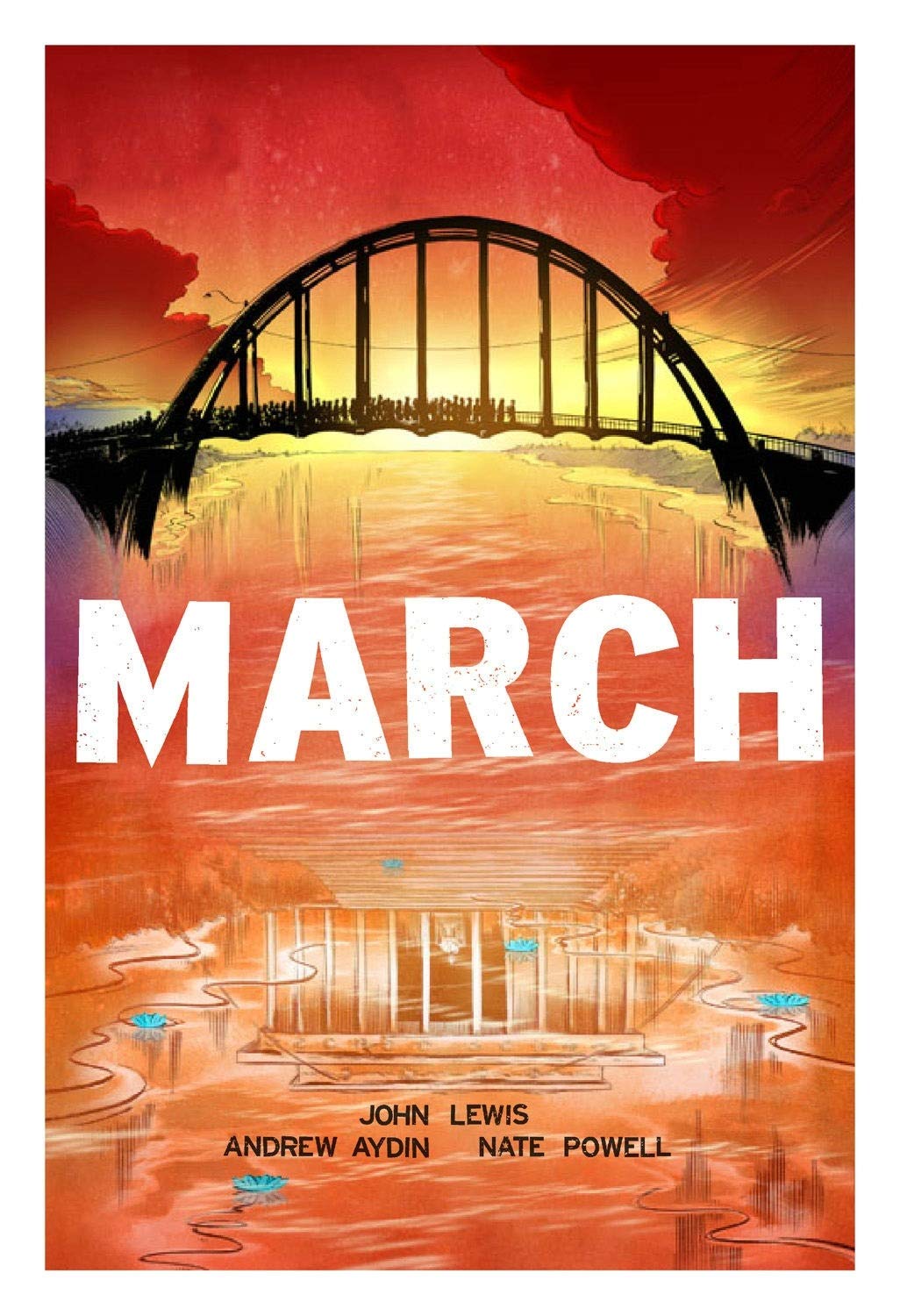 Written in the form of three graphic novels, the March trilogy is a great read for adults and young people alike. And a great way to start the conversation with young people. Written by John Lewis and Andrew Aydin and illustrated by Nate Powel, it covers the beginnings of the Civil Rights movement, its moral foundations, and how those in the movement had the strength to do what they did in difficult circumstances. Entertaining and educational, it chronicles the march of civil rights past clenched fists towards a future of outstretched hands.

Many schools around the nation are giving parents the choice to either send their kids to school or allow their kids to stay home and attend virtual school. Parents have learned that keeping their kids home to do online school isn't always easy, but in-person schooling may not be an...

This may be the strangest holiday season ever. Celebrations are smaller, traveling is less, and many people are revising their holiday plans to lower the risks of spreading COVID-19. CDC guidelines that recommend social distancing can make it seem like skipping holiday celebrations is a good idea. Even though the...

Tech Gifts to Bring Your Family Together in 2020

2020 has been a tough year for all of us - coronavirus has affected us in more ways than one. For example, we may have been stuck at home when we didn't want to be, kept apart from friends and family members. It's that second part we want to focus...

How to Celebrate the Holidays Digitally

The year 2020 has been challenging for all of us, but again, it has presented us with an opportunity to learn new things, have new experiences, and learn valuable life lessons. We have also seen human resilience and ingenuity-two innate qualities that help us solve and see ourselves through any...