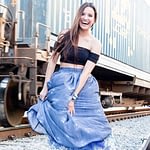 While most of us turn to movies to decompress and tune out for a bit, some movies have plots that make us question everything we believe is true. If you’re looking for some mind-hurting movies to watch soon, here’s a list of top-rated remarkable films that are recognized for their plot twists. Spoiler alert, these movies will really make your mind hurt for months just by thinking about them.

There’s no way to explain this movie since most of us who watched it are still trying to wrap our heads around it. A thief who steals corporate secrets is given an intricate task to perform inception, which means planting an idea into the mind of a CEO.

Imagine losing your loved one. Then, imagine having short-term memory loss and not being able to put together the pieces that could explain your loved one’s murder. That’s the story behind Memento. Every 15-minutes, the man in the film loses his memory, starting all over again.

For a real mind-hurting movie, watch this one. After a tragic accident, two magicians engage in the ultimate battle to create the ultimate illusion. The film takes you through a series of battles that don’t hold back. Both magicians are willing to sacrifice everything to outwit each other. Everything they must do to gain the prestige.

A film that sheds light on a rare medical condition. The butterfly effect causes Evan Treborn, played by Aston Kutcher, to experience complete blackouts during significant events of his life. As he grows up, he figures out a way to remember his lost memories. Then, he finds a supernatural way to alter his life by reading his daily journal.

For a mind-hurting experience that keeps you on the edge of your seat the entire movie, watch this film. Black Swan tells the story of a committed dancer that struggles to keep her sanity as she works to obtain the lead role in a production of “Swan Lake.” What she doesn’t know is that her obsession with the role will lead her to an unimaginable fate.

For a film with a genuine mind-hurting plot twist, this team of illusionists won’t disappoint. The film follows a team of illusionists being tracked by the FBI and Interpol. The magicians can pull off the most intricate bank heists during their performances and reward their audiences with the money. All while leaving both the FBI and Interpol even more confused than before. This one will surely result in a few laughs as many of their tricks are too perfect to be true.

5 Things Humans Can Do Automatically

The human mind is a beautiful thing. Sometimes, we take it for granted. There are countless things that our brains do every day as they react to stimuli without our consent or conscious action. These are the things we don't even think about, yet are the key to our existence....

Do You Change Personalities? [Quiz]

Everyone adjusts the way they act in certain situations. You probably speak to your boss differently than you speak to your best friend, for example. These changes are entirely normal. What's appropriate in one setting may not be applicable in another, and recognizing that is a sign of maturity and...

How Fidgeting Helps You Think

Do you remember the fidget spinner craze? It was the pop culture phenomenon that brought fidgeting into the spotlight. But fidgeting has been around forever. Before, we clicked our pens, played with stress balls, were constantly chewing gum, or biting our nails. While some fidgeting is a response to anxiety,...

Can We Measure the Power of the Mind?

The question of whether or not the mind, brain, and human consciousness are one and the same is a question that researchers and scientists study endlessly. The human brain, and all the thoughts within it, is complex and intricate. There are many things we still don't know and many wonder...