The Last Straw: Ridding the World of the Plastic Culprits 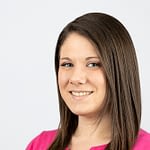 Plastic poses many risks to the environment. Most plastics don’t decompose and will last for hundreds of years when not recycled, clogging the oceans and waterways and ending up in the stomachs of marine life. Plastic poses a danger to animals who may get entangled in nets and can poison those that ingest it. It’s estimated that more than 8 million tons of plastic flow into the ocean annually.

The damage of plastic goes beyond the water, though. It winds up in forests and fields, where it harms plants and wildlife. More so, plastic leaks toxic chemicals when exposed to water and heat, which then penetrate the soil we use to plant our food. Not only does plastic in the environment hurt animals and greenery, but it hurts humans too.

The solution may seem simple; recycle your plastics, you say. And while it’s been reported that 94% of Americans support recycling, less than 35% do. This is the result of many factors. Not all towns and cities offer free recycling services, and not all public places have proper receptacles for people to utilize. Even worse, not everything that people attempt to recycle ends up at the appropriate plant. Sometimes it accidentally ends up in garbage landfills despite our best efforts.

Where Do Plastic Straws Stand?

Plastic straws are all around us. At fast-food restaurants, convenience stores, coffee shops, and at the grocery store. They are one of the most common forms of single-use plastics; some people come into contact with plastic straws multiple times a day.

It’s estimated that 500 million straws are used every day in the United States alone. They’re also not recycled due to their small size. This means that virtually every plastic straw that’s given out ends up in a landfill, or worse, in the environment.

Public Response to the Problem

As climate change and global warming become mounting concerns among citizens worldwide, many individuals have taken it upon themselves to make changes in the way they use plastic.

Some people have taken to purchasing their reusable straws. They carry them with them and politely decline the plastic option when they’re offered at stores and restaurants. Reusable straws come in many forms, ranging from metal to glass, silicone, and even collapsible versions you can hang on your key chain. Once unheard of, reusable straws are now widely available at countless stores and online retailers.

Many major companies are changing their practices, too. Big brands like Starbucks, Disney, American Airlines, and Marriott International have implemented the use of biodegradable straws, usually made from paper or cardboard. These straws are now more prevalent at local restaurants, as well.

Even more impressive, entire states and cities have started banning the use of these throw-away plastics. Seattle, Washington DC, Oakland, California, Fort Meyers, Florida, the whole city of Los Angeles, and the state of Oregon are just a few. Unheard of only ten years ago, the movement to rid the world of plastic straws has spread far and wide.

While many are turning away from the use of plastic straws, the trend may be a drop in the bucket. Plastic straws make up only 0.025% of ocean plastic, but bans can have other positive effects. Something as small as the missing presence of plastic straws can draw attention to the bigger problem; the rest of the plastic that we’re using and failing to recycle.

Furthermore, even though straws make up a tiny fraction of the amount of plastic waste, they still take energy and resources to produce. Greenhouse gas emissions generated by production contribute to the damage of the ozone. The more we cut down on production, the more we contribute to a greener earth.

As single-use plastics, including shopping bags, Styrofoam containers, and straws, continue to be phased out of everyday use, more and more people are considering going green. This creates a better tomorrow for everyone and ensures that the planet will be a healthy home for future generations.

We recognize that the use of straws is still necessary, particularly for specific populations. We encourage individuals to find the best ways to reduce, reuse, and recycle based on their unique needs.

The Impact of Online Shopping & COVID-19 On the Environment

The COVID-19 pandemic is having a major impact on consumer purchasing behavior. While many local businesses are shuttered, limited to curbside pick-up, or operating at reduced capacity, eCommerce is still available. With many people staying at home, either under government orders or out of caution, online shopping may be the...

Why Transition to Regenerative Agriculture

The threat of climate change and other environmental problems requires everyone to work together to halt and even reverse some of the human-caused impacts that threaten the planet. A lot of well-known solutions revolve around cutting down on carbon emissions. However, climate change is about more than too much carbon...

10 Beautiful Quotes about the Environment to Inspire You [Slideshow]

Our entire life support system depends on how well we take care of the earth. The environment is crucial to our very survival, as the saying goes, there is no planet B. However, humans, often unintentionally, have had a detrimental impact on the environment. There are many reasons why caring...

Are Humans Causing Global Warming or Is It Fake News? [Poll]

With record highs and lows, intense forest fires ravaging Australia and California, and killer hurricanes wreaking havoc, it’s clear something is going on with the Earth’s environment. And each summer seems to break the last year’s temperature records. Some say it’s true, and some call “fake news” when talking about...